Our instruction is tailored to meet the needs of each student to make the study of music engaging, fulfilling, and fun. We offer weekly private lessons in Piano, Violin, Voice, Guitar and Ukulele. Students of all ages and levels are welcome, including adults. Lessons are offered starting at $120/month for 30-minute lessons depending on the age and level of the student. Contact us today to schedule your lessons!

Why should you study with us? 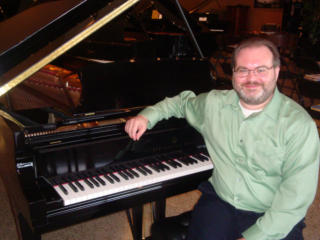 Daniel K. DeKonty, Jr. is the former President of the Baldwin County Music Teacher’s Association, the local association for the MTNA. He earned a Bachelor of Arts in Music with an emphasis in piano and voice from Kennesaw State University. Daniel also studied undergraduate music at Shorter College and Lee University as well as post-graduate work in music education at West Georgia University.

Daniel has been involved in music education and performance over the last twenty years. Daniel has worked as director of music and fine arts at West Union Baptist Church, Gray’s Chapel A.M.E. church, Church on the Word, and First Assembly of God. He believes that a good musician should be capable of performing multiple genres of music and teaches his students based on bringing out their strengths in the styles they enjoy and can most excel in.

Daniel has been in many choral and performance groups through his music career. He has performed in France, Germany, Austria, Switzerland and Russia. A background vocalist for live performances by Alvin Slaughter, Ron Kenoly, Lily Knowles, and Karen Wheaton; He has also been involved in recordings for Integrity Music, Brentwood Records, Benson and Pathway Press. 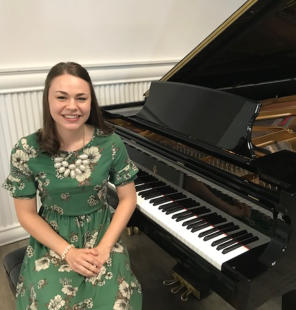 Bethany Gorman began playing piano at age eight. Her enthusiasm for music and quick learning helped her excel in playing. As she continued to study piano through private lessons, accompanying, and competitions, she realized that music was a gift she wanted to share with others.

Bethany received her Bachelors of Science in Music Education with a Keyboard Emphasis from Pensacola Christian College in the Spring of 2017. Her experience as as undergraduate student taught her the value of hard work and self-discipline. Upon receiving her Bachelors degree, Bethany realized that there was so much more to learn about music. She continued her graduate studies at Pensacola Christian College and earned her Master of Music degree in the Spring of 2019. The amount of knowledge and growth that she received from her own professors inspires her to be the best teacher for her students. Bethany has taught students of various ages and loves the energy excitement that they bring to each lesson. 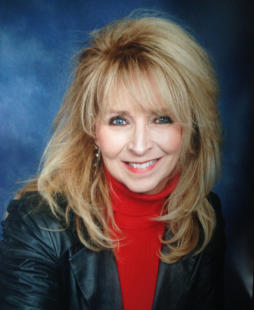 Joy has been teaching music for forty years and is as excited today as the day she started. She finds great delight in seeing students develop, enjoy, and then use their gifts to bless others. Piano and vocal instruction have been her main focus, but she also enjoys teaching or directing all other aspects of music. She received her Masters degree in Music Technology/ Secondary Ed ( under the prestigious Robert W Smith), from Troy University in Troy, Al. Joy has taught every age group possible and most enjoys the college campus classroom. Beyond teaching, she stays active writing, arranging, and performing or ministering through music. She will be directing Middle Schoolers at Bayshore Christian this coming Fall. Being part of the Steinway family in Spanish Fort is just the cherry on top! She knows that music is the universal language and desires to create amazing communicators across the Bay Area. 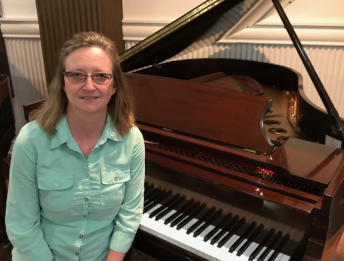 Kedra has played violin since starting at the age of nine in a fourth grade string class. She knows the value of both the school orchestra setting and private lessons. She credits her early violin teachers with passing on a passion for music by learning a repertoire of violin classics and moving ahead with challenging and enjoyable music. Kedra desires to pass on that passion for music to her students. Kedra values the benefit of playing an instrument with skill and the ability to pick it up and play anytime, anywhere, and for any occasion. She endeavors to pass onto students a joy in performing and sharing their music with others.

Kedra has over ten years of teaching experience. In addition to teaching private violin lessons, she has taught general music and orchestra classes at schools in Idaho, Washington, and Minnesota.

Kedra played violin with the Everett Symphony and currently plays at her church, Zion Lutheran in Silverhill. From 2001 to 2011 she worked as an ethnomusicologist specialist with Lutheran Bible Translators - facilitating and conducting songwriting and audio drama workshops in Botswana, Namibia, Sierra Leone, Liberia, Ghana, Nigeria, and Cameroon.

Kedra holds a Master of Arts in Ethnomusicology from Bethel University, St. Paul, Minnesota and a Bachelor of Music, music education major, from the University of Wyoming. 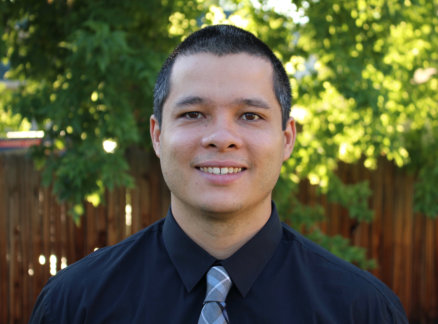 Dr. Colin Pang began pursuing piano at the age of five. A member of the Baldwin County Music Teachers Association and the Mobile County Music Teachers Association, he has studied at the City Music Center of Duquesne University, the San Francisco Conservatory of Music and with world-class musicians around the country, such as Douglas Buys of New England Conservatory. In addition to his training as a classical pianist, he has earned a PhD in Classical Studies from Boston University. Colin maintains an ambitious performance schedule, playing at venues in California, Massachusetts, and Colorado. Colin believes that pianists need to get out into their communities and make friends musically, so he makes performing chamber music and accompanying church choirs a regular part of his professional portfolio. He is also a composer for film and television, and has been writing to picture for over a decade.

Colin maintains a private studio of pianists and has been teaching young musicians since his high school years. His philosophy is that music is not only a school of beauty in and of itself, but that the craft of making music is mentally, morally and physically uplifting. The study of music teaches us not only how to love music, but how to become self-sufficient, curious, and industrious people. For these reasons, Colin's focus is on instilling in his students a deep and abiding passion for music, while teaching them how to approach the activity of making music from both an intellectual and physical standpoint. Powerful piano playing, he says, depends as much on how we think about music as it depends on our posture or technique. He teaches students of all ages and musical backgrounds, and looks forward to imparting his knowledge and experience to the next generation of artists. 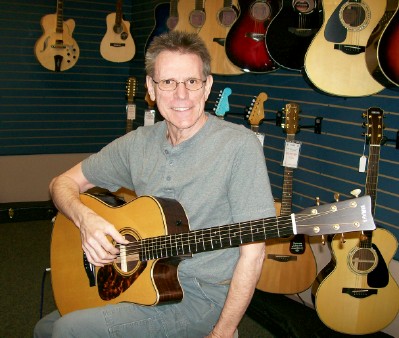 Eric performed with the United States Air Force Band in Tampa, Fl. on trumpet, guitar and electric bass entertaining world famous dignitaries and TV and movie personalities and backing up celebrities such as Anita Bryant. In Miami, Florida he was on the same billing as the Cowsills (Partridge Family starring David Cassidy) and host Peter Marshall of Hollywood Squares fame.

He has also played in bands that opened on concerts and shows, and/or performed with such names as Maynard Furgeson, Shelby Lynn, Beth Nielsen Chapman, Reba McEntire, Marie Osmond and others. And performing in conjunction with Miss America 2005, Diedre Downs.

On April 2020 - In a contest, two 6 sec. sound bites Eric submitted, and were chosen to represent THE MOBILE ARTS COUNCIL.  In 2019, Eric, Chris Miller and Jerry Powell had the #1 song "Carolina Shore" for 14 weeks on the National Beach Music Top 40. In 2020, he and Jerry Powell had the #1 song on the Radio A1A Trop Rock Trop40, "You And The Yucatan," from the CD, "Highly Recreational Man." You And The Yucatan remained in the Top 10 for weeks , and of March, 2020, still ranks high on the charts. Eric has taught at Covenant Christian School in Mobile for the last 18 years

Have all your questions answered — by phone or email.

Get the latest from Steinway Piano Gallery Spanish Fort.